You are here: Home / Children/Adolescents / What Brandy has Taught Me about Working with Children: A Jewish Lens
Blog 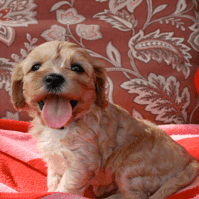 What Brandy has Taught Me about Working with Children: A Jewish Lens

A righteous man knows the soul of his animal.
Proverbs 12:10
Judaism has always recognized the link between the way we treat animals and the way a person treats human beings. In the Bible, those who care for animals are often the heroes. For example, Moses and King David, heroes in the bible, were shepherds. In addition, several commandments demonstrate concern for the physical and psychological suffering of animals. For example, we are not permitted to kill an animal in the same day as its young (Lev: 22:28), and we are specifically commanded to send away a mother bird when taking the eggs (Deut 22:6-7) because of the psychological distress this would cause the animal.

The Torah obligates us to show concern for animals, not necessarily because the animals “deserve” our respect and compassion, but rather, in order to refine us, so that we become better human beings.

For example, the Talmud specifically states that Moses was chosen for his mission because of his skill in caring for animals. Likewise, Rebecca was chosen as a wife for Isaac because of her kindness to animals.

The experience of having and raising a dog has influenced me as a person as well. I hope that what I share with you today will influence you too.

Also, treat your relationship with your kids like a bank account. Every time you are kind, honest, trustworthy and responsible, you build up a reserve. In contrast, every time you make a mistake, overreact or ignore a child, you withdraw from the account. If you have been consistently making deposits into the “bank,” the relationship can handle it if you make a mistake. However, if you have not made many “deposits” and positive interactions haven’t occurred, then the bank account will be overdrawn. To make sure that your bank account doesn’t run out of “funds,” you need to make regular deposits. Also, the impact of a withdrawal depends on the amount of “money in the bank.” When there is a lot of money in the bank, taking out some money doesn’t really affect you. In contrast, if you only have a few dollars in the bank, taking out that same amount will be felt significantly. It is well worth the effort to make regular “deposits.” Remember-according to research, it takes seven nice actions to undue one negative behavior.

Greet every human being with a warm, cheerful, and pleasant countenance.
Pirkei Avot 1:15
Judaism recognizes the power of a warm greeting. A famous Rabbi, Rabbi Aryeh Levine, believed so much in hospitality that he would accompany his guests 10 feet out the door into the courtyard upon their leaving to show the importance of being sociable to guests.

One of the reasons people love dogs is that they are always excited to see you. When my children’s bus comes down the block, my dog’s tail starts to wag, which then turns into a full out wiggle, which ultimately turns into a full body twist as the kids enter the house. My dog reacts as if she is seeing her long lost friend after 100 years. Now, my dog just saw my kids in the morning, but you could never tell by her greeting. We can learn a lot from Brandy. Every day, be excited to see your children. Greet them with a huge smile and lots of energy. Make them feel that they are the people that you have been waiting for all your life.

Repeated positive actions will generally lead to a positive routine.
Pirkei Avot 4:2
If you really think about it, Judaism is all about rules and structure. There are laws about how to interact with others and laws about how to interact with G-d. Why are there laws? Because laws create structure and consistency. Furthermore, by having clear expectations for behavior, you know what is expected of you and therefore will be more likely to achieve it.

It is essential when owning a dog to be consistent. For example, you can’t one day allow your dog to sleep in your bed and then the next day change your mind. My son the other day said to Brandy, “Do you want to play the guitar?” Now at the moment, he thought this was cute. But, I didn’t, because he can’t expect Brandy to think it is okay today to touch the guitar, but then tomorrow be angry when all the strings are broken because she has touched it.

The same is true with children. Have clear expectations for them and stick to them. It is unfair to allow the children, for example, to stay up late, but then the next day not to allow it. By being consistent, routines will be internalized and it will be easier for everyone to follow the rules of the house.

You shall love your neighbor as yourself.
Leviticus 19:18
How many of you have heard of the concept of drop the rope? Drop the leash is a derivation of this. For those of you who are not familiar with this term, many children come to you with a rope that they want you to grab onto. They are looking for a debate and someone to grab their “leash” and their negative energy. Don’t grab onto this leash. Instead drop it and react in a way that you will be proud of. This can be achieved by modeling for your child an appropriate way to handle frustration rather than mirroring back out-of-control behavior. Try to understand what lies beneath the child’s actions. Understanding leads to empathy, and empathy gets rid of anger. By pausing to understand the reasons why a child may have said something inappropriate, you can better control your response. Remember, as a parent you can be a tremendous role model if you are able to pause to understand before you react, especially when you are feeling frustrated.

The famous story of Moses and the rock shows the danger of grabbing the rope. The book of Numbers describes an episode in which Moses becomes outraged at the Israelites’ incessant whining about water. G-d directs Moses to speak to a large rock from which he will then send water to satisfy the people’s thirst. But, Moses still furious at the Israelites for their many years of complaining, disobeys G-d’s command and strikes the rock instead of speaking to it (grabs the rope). Moses paid dearly for his loss of self-control in that G-d denied him entry into the land of Israel.

Teach a child according to his abilities.
Mishlei 22:6
There is a concept in Judaism to teach a child according to his abilities. This is portrayed well in the Passover Haggadah in the story of the 4 sons: the wise son, the wicked son, the simple son, and the son who did not know how to ask. When discussing how to answer the four sons’ questions, there isn’t this notion that one should only answer the wise son’s question or that the same answer can be given to all four sons. Rather, each answer is tailored for the specific needs of the child. The wise son isn’t the only important son, but rather all four sons are given equal time and responded to according to their needs.

The example above illustrates that children come with distinct temperaments. Recognize each child’s temperament and work within it. Have reasonable expectations – just like you can’t get a beagle to be a lab. You can’t get Joe who is highly active and distractible to be reserved and pensive. By setting more reasonable expectations, both you and your child will feel more successful.

Just as we love ourselves despite the faults we know we have, so should we love our neighbors despite the faults we see in them.
Israel Baal Shem Tov
As you can clearly see, I love my dog. However, there are things I don’t like. She barks too much in the morning and sometimes barks in the middle of the night. Also, there is a period around 7:00 P.M. that she just goes nuts. Although I am still trying to work on these issues, I also have learned to ACCEPT that a) she is a dog and b) she isn’t perfect.

Learning to be more accepting is something that is essential in all relationships. It is important with your child to accept that there will be things that they say and do that you may not like. However, you need to look at the big picture and not sweat the small stuff. An attitude of true acceptance will allow you to enjoy the ride without being thrown off by the bumps in the road.

7.Treat Each Day as a New Day

Judge on the side of merit; give the benefit of the doubt.
Pirkei Avot 1:6
People say that dogs have no long-term memory. Each day (and probably each hour) is brand new. We can learn a lot from dogs regarding their ability to forgive and forget. This isn’t something that comes easily to humans. We hold grudges and tend to see people whom we struggle with in the same negative light even as time passes.

Rabbi Abraham Twerski, a psychiatrist, reminds us that by forgoing or suppressing our grudge, we profit far more than the one who offended us. Rabbi Twerski who treats alcoholics and addicts quotes a recovered alcoholic as saying, “Carrying resentment is like letting someone whom you don’t like live inside your head rent free.”

By setting positive expectations, treating each day as new, and giving each child a fresh start, you are setting a tone for your child of which you can be proud.

Owning a dog is a lot of responsibility. It is hard work and requires early mornings. But, the process is full of love and deeply rewarding. I hope that my experience as a dog owner, a parent, and a psychologist, will help you see your role as a parent similarly—and pray that it brings you joy, fulfillment, and a real sense of accomplishment.

Dr. Caren Baruch-Feldman has had success using Cognitive Behavioral Therapy to help children and adults with depression, anxiety, stress, ADHD and weight loss. She maintains a private practice in Scarsdale and works part-time as a school psychologist in Westchester County, New York. Dr. Baruch-Feldman has trained hundreds of teachers, administrators, youth professionals, parents and healthcare professionals giving in-service workshops and lectures throughout the country. She is the author of The Grit Guide for Teens. A Workbook to Help You Build Perseverance, Self-Control, and a Growth Mindset. Dr. Baruch-Feldman can be reached at (914) 646-9030 or by using the Contact Form.